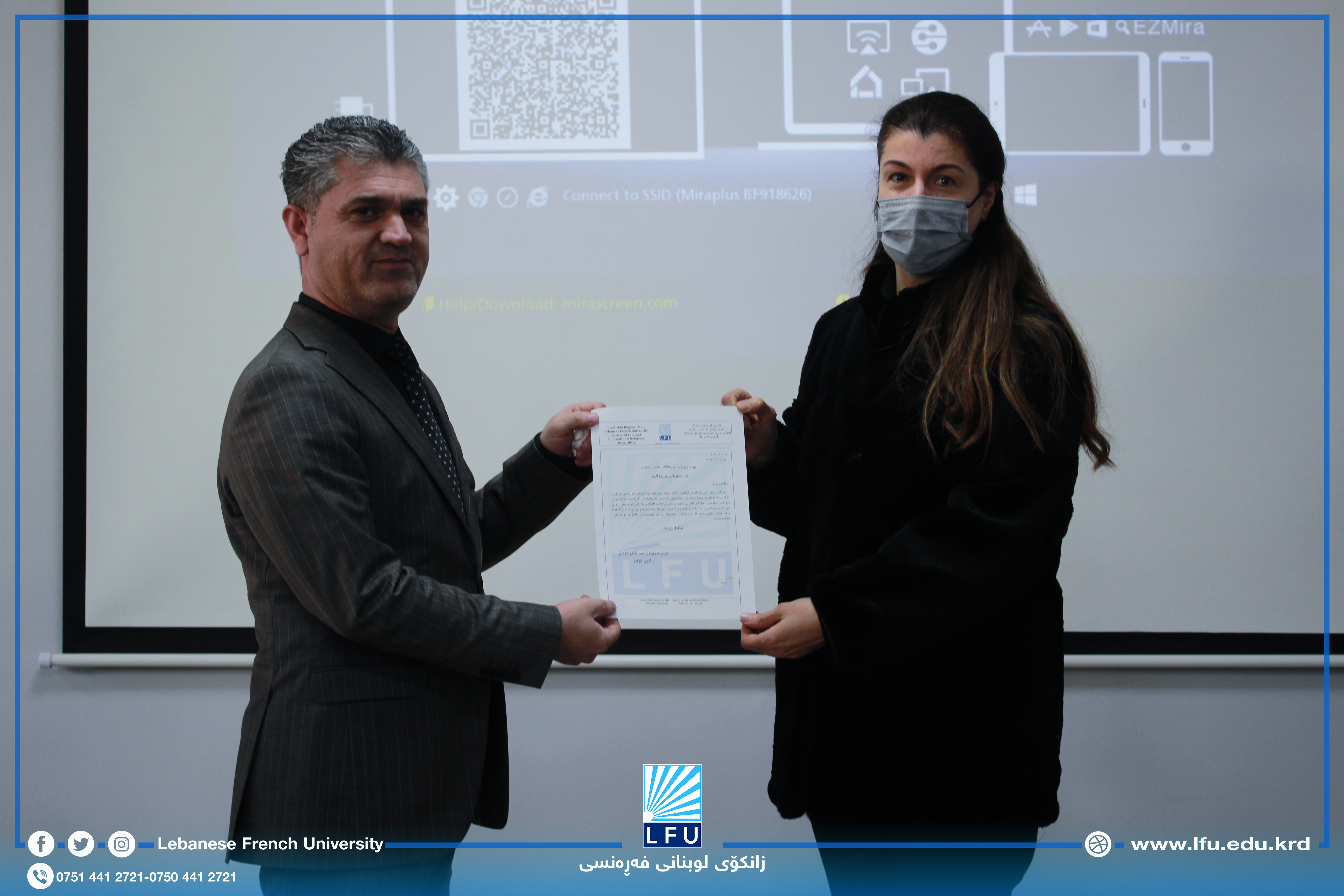 On Thursday, 24th of January, 2022, the department of Law held a national workshop entitled “The new method of selling cars through electronic contracts” The workshop’s first session was presented by Lecturer. Shwan Dlawar, head of department of law, at the beginning of the workshop, he talked about the importance of the topic and the importance. in the second session Luqman Hassan, lecturer at the college of law and international relations, he emphasized the content of the workshop, which consisted of two parts;

the professors and the attendances presented a number of questions and comments regarding the importance of the topic. the Dean of the College noted that this workshop and all other workshops should be projected and sent to the government to work on it. after the workshop ended, the Dean of the College presented a certificate of respect to the presenter and wished him success.

2/ giving the attendees the information regarding the topic and the importance of the topics to be presented.

1/ Schwan Dlawar, Head of the Law department at the college of law and international Relations

2/ Luqman Hassan, Visitor lecturer at the college of law and international Relations