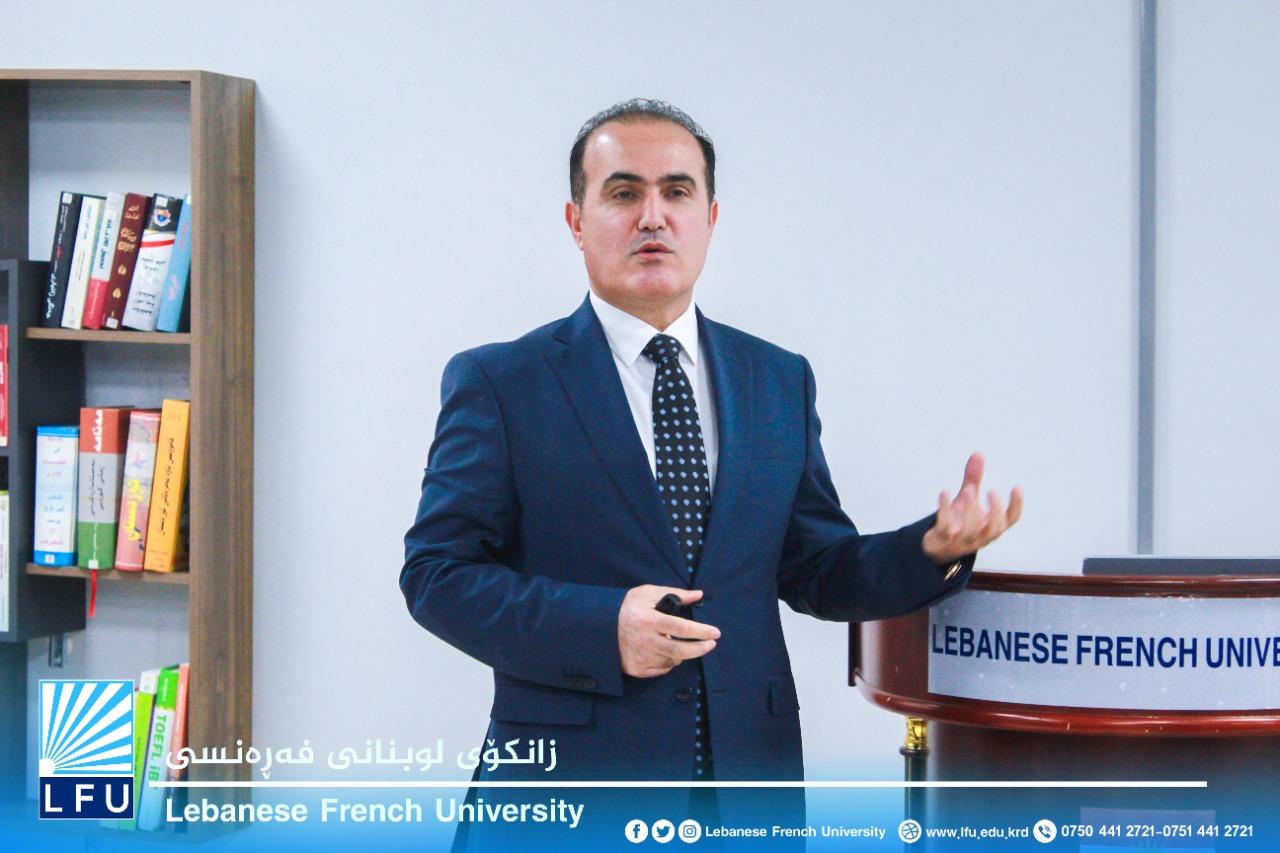 On Wednesday, 23 Feb 2022, the department of Legal Administration organized a national workshop entitled “A Constitutional Study for the Decision of the Federal Court of Iraq, about the Oil and Gas Law of the Kurdistan Region.” The workshop started following the welcoming speech by the head of the Department, Assist. Lec. Hazhr Omer. Mr. Hawar Mohammed then discussed the current issue between the Kurdistan Regional Government and the Central Iraqi government as the federal court decided on the illegitimacy of the KRG oil and gas law. He also stressed the danger of the decision and its impacts on the Erbil – Baghdad Relationship, especially as political parties negotiating the agreement to form a new Iraqi government. Mr. Hawar recommended few possible strategies that Kurdistan Regional Government might follow to retain its legal status in the energy sector. The last part of the workshop was devoted to the second speaker Karim Kawa, lecturer at the Legal Administration Department. Karim concentrated on the legality of the decision issued by the federal court and how the Kurdistan Government should react. Participants asked questions relating to the current crises between the KRG and the Iraqi government, as well as discussed the solution to the problems. The workshop was conducted in reference to decree no. LA-62 on16/1/2022. At the Seminar Venue at Lebanese French University where 30 lecturers from different departments attended.

The following recommendation was given to solve problems: