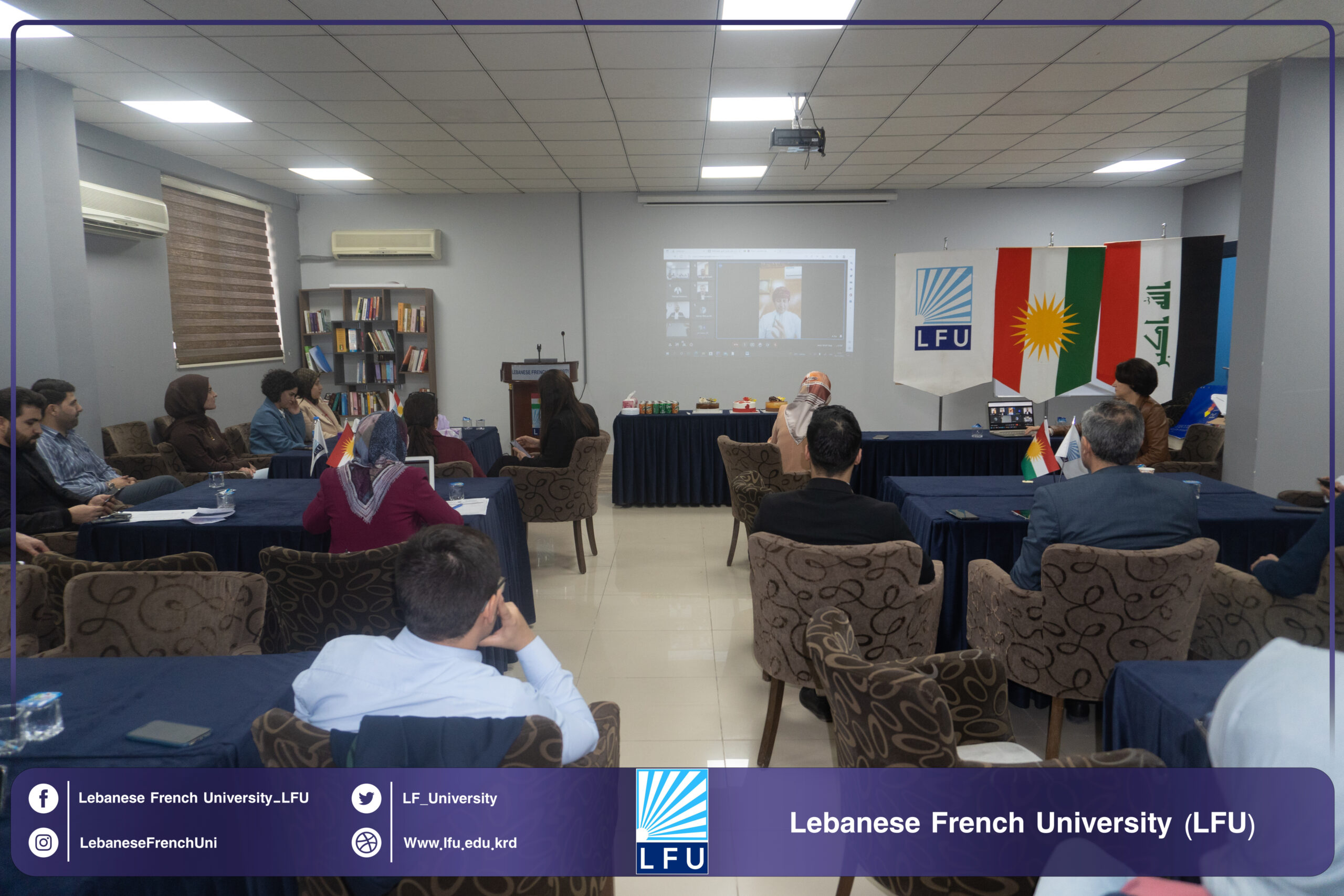 In the second session, Dr. Najma bint Saeed bin Khamis, an educational professor in the Sultanate of Oman, spoke about the Arabic language and civilizational communication, which is an invitation to emphasize the important role that the Arabic language plays in building bridges of communication between people through culture, science, literature and many other areas.

The sessions were moderated by Assistant Professor Dr. Nada Sami Nasser, Head of the Arabic Language and Translation Department at the Lebanese French University. In addition, Dr. Nada participated through her management of the session by presenting some ideas for this international day, as it is a day that embodies the importance of teaching languages ​​in general and teaching Arabic in particular.

The main outcomes of this workshop were the emphasis on:

2- The date of Arabic joining the six languages ​​of the United Nations is a glimmer of hope for the rest of the languages ​​that have not yet joined the organization.

3- The Arabic language is one of the most prevalent languages ​​in the Arab community, as there are more than 290 million people who use it daily, and on December 18 of each year the International Day of the Arabic Language is celebrated, given that it is the universal language in the Arab and Western world.

1-    Dr. Ali bin Abdullah Al-Hadrami, Professor of Arabic at the Diwan of the Royal Court in the Sultanate of Oman