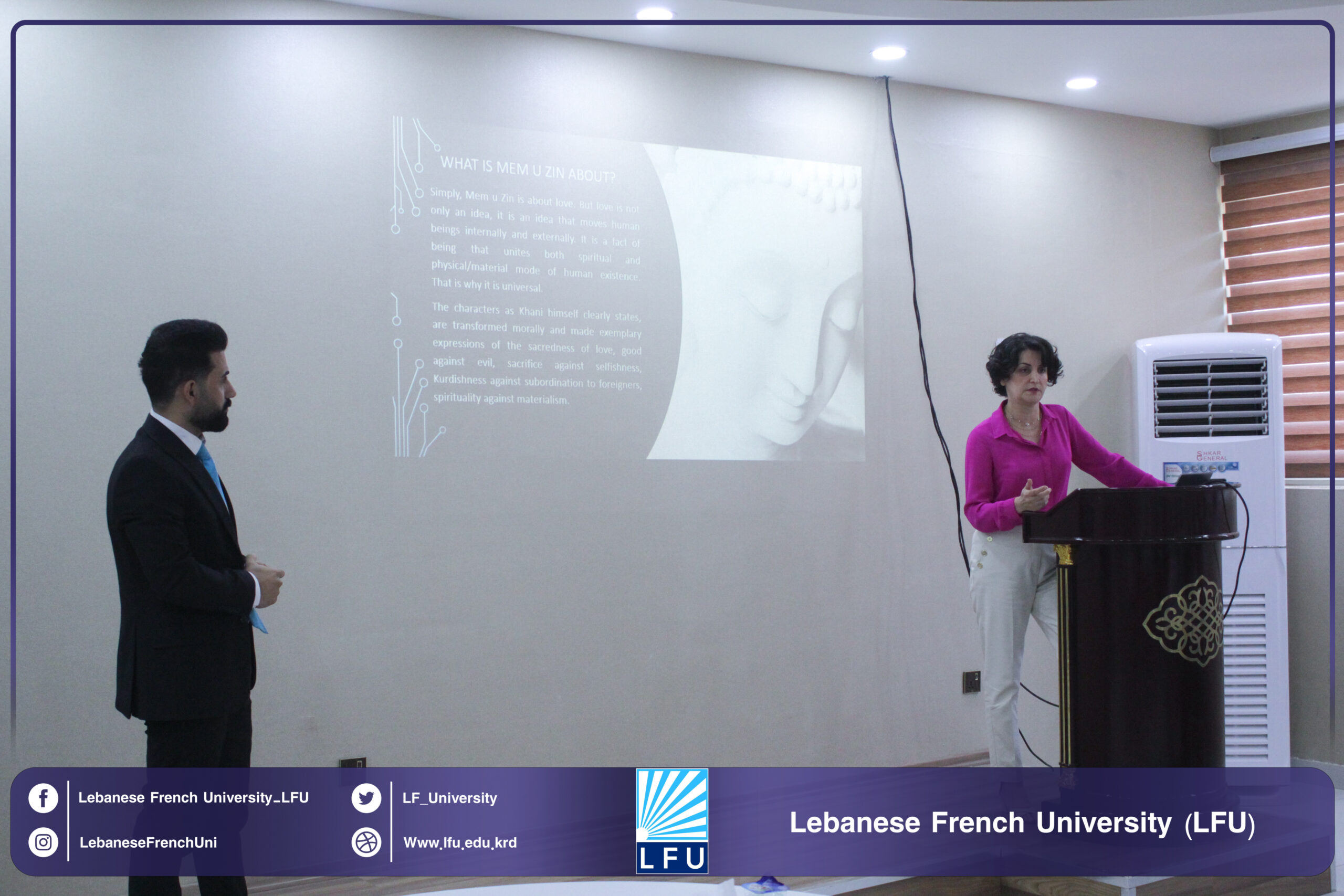 On Thursday, October 20, 2022, the Department of English language held a national workshop entitled “Mem u Zin and the Concept of Kurdish Nationalism”.  It was conducted on university level, and there were (25) participants from all colleges of the university. The workshop’s first session was presented by Asst. Lect. Nahlah Nafea, a member of the English Department staff in College of Education and Language at Lebanese French University. At the beginning of the workshop, Mrs. Nahlah presented the life and works of the Kurdish writer, Ahmed-i Khani and then analyzed some of the Mem u Zin poem’s verses which reflect nationalist themes. In the second session, Asst. Lect. Mohammed Omer, a member of the Kurdish Department staff in College of Education and Language at Lebanese French University provided some information on the era in which Mem u Zin embedded and connected the political and the philosophical aspects of the poem. At the end, a discussion was held with the participants on finding effective ways of reviving the sentiment of nationalism among the new generation.

The following recommendation was given to solve the higher educational problem: